Coming out of hiding #2

I'm sure most of my blog lurkers have moved on to other blogs that are frequently updated, so for those of you who still check to see if I've updated our blog in the past two months-WE'RE BACK-for now. Our internet is a bit iffy at home, plus life has been out of contrizzol lately there just hasn't been time for internet frivolity. Anyway we've got some things to catch up on, such as our just plain crazy halloween party! All the usuals came, Zach and Keri, Ben and Ryanne, Nate and Scott and their dates, Brennen and Cassie, and we were able to add some new ones this year Bud-Keri's brother, and Sam Archie's brother (and their dates). We also invited some of Arch's work buddy's, so it was a happenin party. We had tons of food, the usual soups and rolls, a plethera of goodies, and freakin awesome costumes. Arch and I this year were....drum roll please.... Nacho Libre and Encarnacion the nun. Arch made the perfect nacho, and I wasn't such a bad nun myself. Zaylie was a bronco's cheerleader, she was so cute. Here are some pics of the event.

Zaylie and her friend Nola who was a Denver Nuggets cheerleader 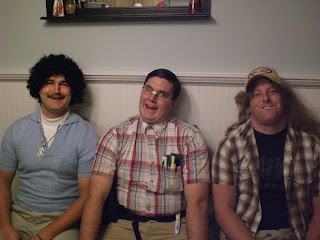 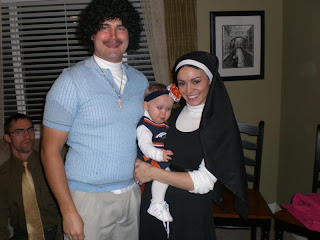 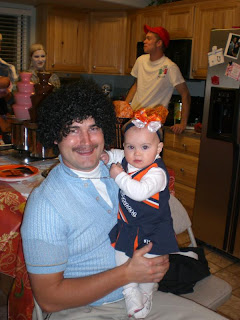 Brennen and Cassie were Dwight and Angela from The Office 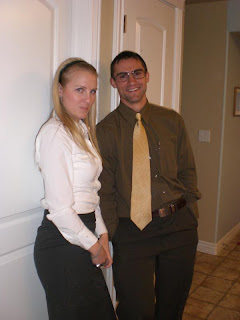 Sam and his girlfriend Amber came as a cowboy and Indian 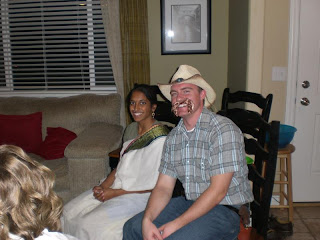 Zach and Arch playing Zaylie. Oh by the way, Zach was a wetback and Keri was a baseball player. 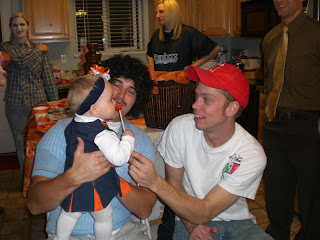 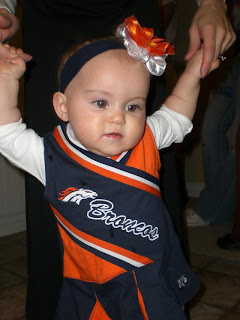 So Ben brought his chain saw, so of course the pumpkins didn't last long. Then Arch and Zach had a brilliant idea... bust out the fireworks that they didn't use on July 4th. 10:30 pm on a school night, shizzle mayhem returned. We do have a video of the mayhem, we like to call it Ghetto life III. 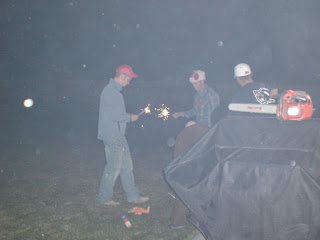 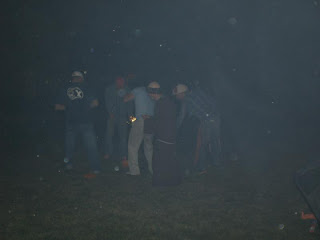 So thats all for now, we hope you all had a very Merry Christmas and have a very Happy New year.